Greetings to all my peeps!

Yes, Mum has been completely neglectful in up-keeping this space for my fans. I've been on her about it lately but you know how humans are... 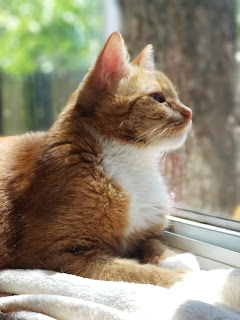 Over the past year, I've been battling some ear and nose problems. First, we thought it might be a virus, then an infection and we tried a few different antibiotics. It went on like this for a while. My incredible vet finally sent me for a CAT scan (go ahead, make the jokes...) and found that I needed some surgery in my ear. Surgery day arrived and while I was under, the vet found a big polyp that was pushing against my eardrum - THAT is what has been causing all the problems. Unfortunately, she couldn't get it out that time.  I'm now going to have another, more serious surgery this month and we're really hoping this will solve all my problems.  I've been sneezing so long, Mum won't know what it's like to have clean windows again!

Until recently, I was still visiting all my peeps and even getting in some extra visits over the past few months!  Mum and I are going to take some time off from visits since I'll have surgery soon and she is trying to focus on getting a new job (she got laid off recently). I promise that we'll be back visiting as soon as possible! 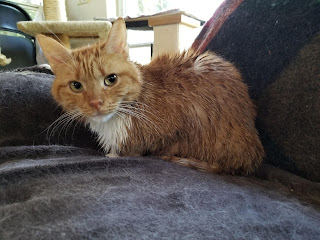 At least I might not have to have any baths for a while...  That's the only good thing because we really miss our peeps.

Other than that, life in Oregon has been pretty quiet and it's been a nice cool summer so far. It makes for nice afternoons in the sun puddles!

My brother, Mack, is still the same "Chunky Monkey" as Mum calls him and all the other fur sibs are good too. 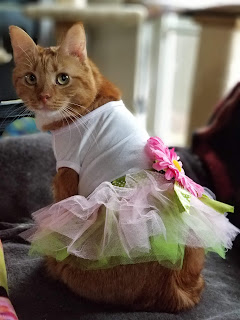 I got some new outfits. 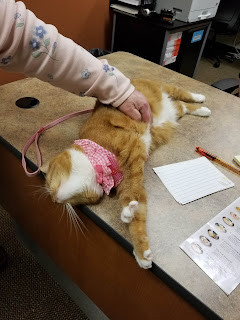 I helped some office peeps. 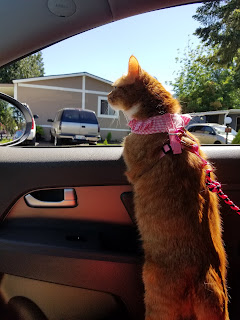 Went for lots of rides to visit. 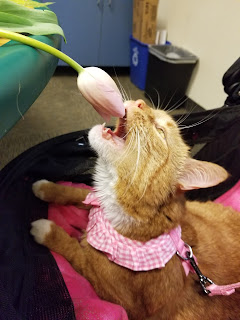 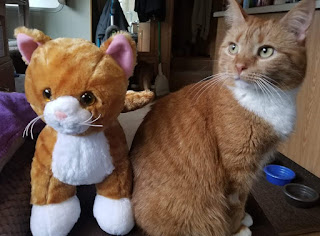 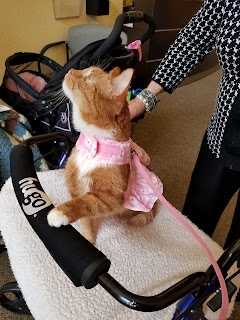 Went for another kind of ride with a peep! 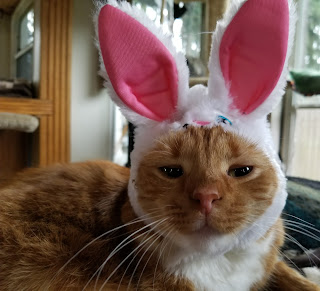 Mum tried to make me into a bunny....
I was not amused. 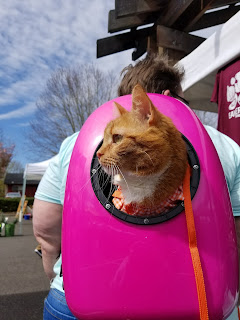 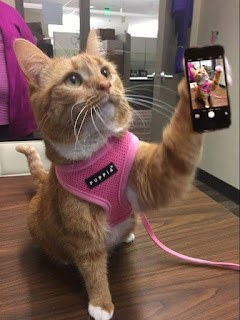 Learned how to high five and took a selfie to prove it.

Did two commercials for Bissell. 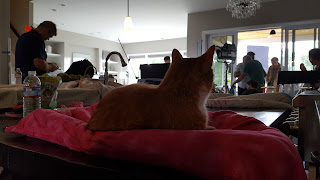 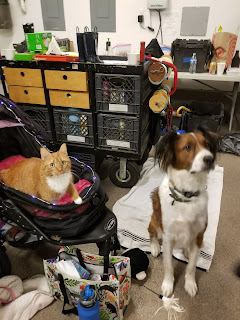 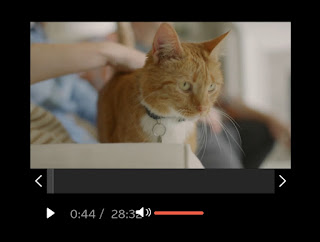 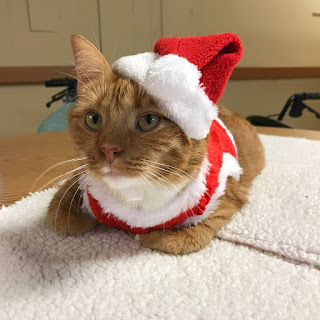 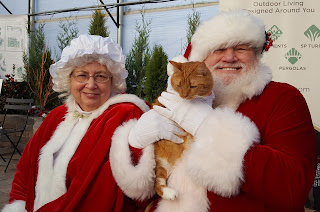 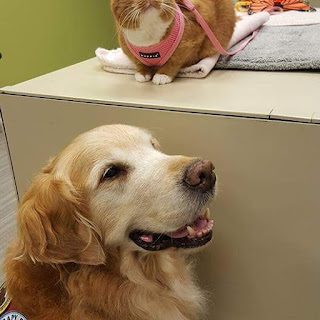 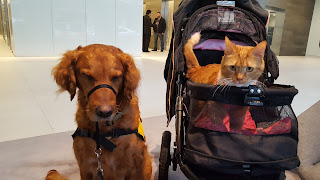 Worked with a few therapy doggies. 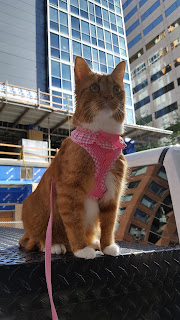 
And as always, got lots of love and gave LOTS of purr therapy to my peeps. 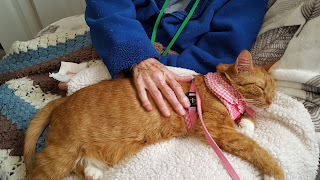 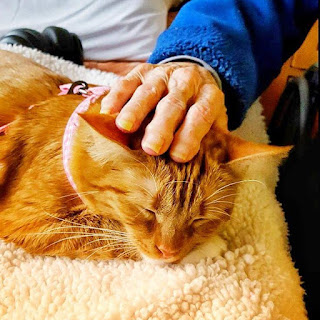 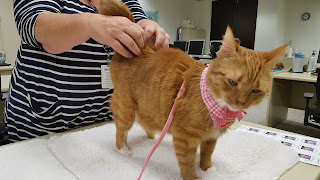 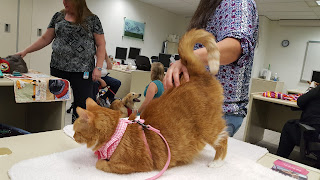 I'll try to get Mum to be a little better about keeping everyone up to date but don't forget, I spend a lot of time at www.facebook.com/BasilTherapyCat so you can always find me there!  Hugs and purrs to you!

Please feel free to comment here BUT NO SPAM!! ALL SPAM WILL BE TAGGED AND REPORTED!

THAT MEANS YOU, GHAZI!!